Maybe I should write love tragedies. My first story ever that I wrote in 5th grade was a love tragedy. Ah, so memorable. Of course, I got a C from the teacher despite everyone else in class LOVING it.
Another story with another format.
~~~
This story began at the age of 14, almost 15. That's how old I was when I met him. 14 going on 15, as the song which I cannot afford goes, but I knew that I was going to marry him. Not straight away, no. It wasn't that easy. See, he was my sister's friend. Her then friend's (current boyfriend soon to be fiance/husband -J) roommate and buddy, G.
So I met him and thought whatever, yet he never made me uncomfortable. No, he went out of his way to talk to me, ask me about random niceties, and play video games with me. His video games of course. It didn't seem like much, but his kindness and unpressuring friendship was something I didn't know existed. As my sister and her boyfriend dated, he and I would become cordial friends of a sort. Sis and J became a couple and remain still. Whereas it never crossed my mind I had noticed G at all. High school and college were different worlds and age was foremost in my mind. The five years apart may as well be the distance of the Pacific Ocean.
I continued with my life and dated once in a while, but nothing ever felt right. The boys were too pushy, too annoying, too picky, or plain weird and creepy. Then, I dated this really nice guy. Same age as my sister. Nice, acceptable...but I just didn't feel anything. Why? I thought and though and realized, 'well, duh, I've been comparing everyone with him.' And I knew, I realized that G was who I wanted.
But I was young. So very young. What do I know about life, about growing up, about anything? Instead, I gave myself some time. "College," I said. "When I'm older." Things were sweet then. Nothing big, nothing serious. A no relationship-relationship. G was my sister's bf's friend, and I was his friend's gf little sister. I went to college as they all graduated. Studied and worked, growing and learning - becoming something better. "Soon," I told myself. "Soon I'll be old enough and mature enough to ask him. We'll take it slow, but I know it will be wonderful."
Probably get married and have kids, but that was up in the air. What was important was that I could finally confess and we can see where it goes, right?
I was 19, almost 20, one year away from my self given date when I heard the news. G passed away. It was inherited, but no one knew. It all happened very fast. In his heart and he just left. I waited over 3 years only to be told he'll never be mine.
No one knew back then, of course, that I had held him in my heart. No one would understand why I wanted to go to his funeral. So I didn't. I stayed behind, never knowing what would have been. Quietly waited until the day where I knew it would never be. My silence and insecurity had robbed me of even the right to mourn and say goodbye. All I could do was think back and sigh.
I tried to date some time afterwards...it took a year I believe, but nothing left right, not really. Of course I knew I was using the others and my guilt upon sadness caused me to make more mistakes than I could imagine. Stupid mistakes, mostly out of pity, but I've finally come to realize that I need accept this empty goodbye.
Just because he's gone does not mean I should say 'yes' for fear that person might suddenly croak on me. I should pity their loneliness, or try to give them some emotional reprieve. Not worth it, I tell you, because they'll never be him. No use pretending that it never mattered.
So to the mistakes that I made, I am sorry for using them, but seriously- no thank you for the horrible ways they've treated me. Vengeful and perverse, obsessive and broken. I'm here for me and I hope that's what G has taught me. I should not despise boys (because they really are not men-doesn't matter their age) because G was never like that. Even though he's gone, he was a great example of what men should be and could be. Not perfect, but not abusive.
In the end, this is a love story. The shy quiet kind. A passing memory the breathes life with it's last sigh. 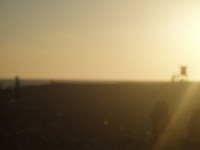 A while ago I met someone that looked just like him. My sister and her bf both said so, but I didn't believe them until I saw him. Just as tall, with extremely similar features. He was a nice man, but it finally clicked in my head. G's gone. We might have had the beginning of something, but it was just not meant to be. At least not anymore. Being nice to others, wasting my time; none of it really matters because they would never treat me the way he did.
It took a little more than this, but that story is for another night. The young woman who showed me more about love and life. She may be gone, but the memories still there. That I'm worth more than how they treated me, that she had at one time actually cared. But even then, these love they leave - whether by fate or by choice. In the end, life is about living to the best way that I wish.
~~~
I forgot to mention the cute cartoons are copyrighted to Jeff Thomas. I do not own any parts of it, so they will be taken down if requested.
Am I depressing everyone yet? Can't help it. If these are the ones I can write about. I'm going to at least try and get them out. So many stories. The sad ones happen to take a front seat at the moment with some emotional overhaul, but I have quite a few happy stories too. :D
I think I write third person better, what do you think?
at 8:35 AM