Reading slump, or Life’s a dump? 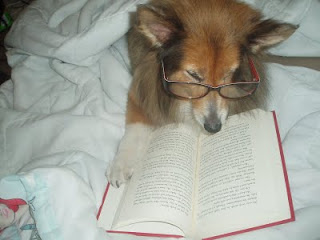 (warning, this is a post full of ranting and complaining, feel free to skim ^_~).

I’ve been in kind of a reading slump these days, weeks, years. I surf around the blogs and find a lot of interesting books, but when I go to the bookstore and finally pick it up (reading the blurbs, skimming through…skipping to the ending-hehehe), I just don’t feel much like reading it anymore. Yes, there are always sure-buys. The authors that will always deliver. Still…I just don’t feel all that into them.

This sounds totally crazy: I want so badly to read something, but nothing interests me. It’s either too dramatic, too unrealistic, too formulated, too boring…even too hard. I don’t have the time to sit down and read the whole thing through and I’m too stupid to go chapter by chapter with pauses in between. I want fantasy, but nothing too fanciful. I want realism, but not too dramatic and bleak. Dang, I am being very difficult.

As I strolled by the shelves at the bookstore row after row, glancing at the books column after column - the covers all seemed to blur. Maybe it is the cover themselves. They all seem so similar: mopey-semi angry emo with some girl where the magical air lifts her hair is such a powerful seductive way and clothes that are no way suitable for the storyline. Or the overly sugar pastel bright color backgrounds with some half dropped jewelry, books, shoes that signal the modern backstabbing ways of the plastic world.

Auto-Bio – people saying “my life as how I see it with no apologies or regards for others cuz I’m so messed up/cool/awesome/weird and I totally know it when in the end I’m just over-privileged and if I can achieve this so can you,” or change “my” to some famous person’s name.

After a while, they all merge. O_o

I’m so freakin bored. Oh noes, woe is the protagonist didn’t know their own worth blah blah blah great power blah blah blah, horror, angst, why? Oh noes ~ Doom. HEA. Doom. No HEA. Love, angst, dooM. If it’s going to have smex in it, at least give me some decent hot smexiness. Or even better yet, comedy? Why are even my much beloved fairytale retellings are all becoming the same? Give me something real, something I can relate to…let it NOT be so gloomy as if the fate of the world rests on one single person that’ll make everyone see something different when all that happens are informational dumps (which, sadly enough, develops in my own writing).
If I may borrow the manga references, I kind to read a novel with the taglines: comedy, slice of life, smut, romance. It might seem like I’m going through Yoshihara Yuki withdrawals…but even her stuff are getting too angsty sometimes.
Of course, as I’m complaining left and right, my dear co-worker/friends naturally smacks me and tells me to go write then.

But difference between this little twerp’s writing and those published authors…my writing really sux, so I shouldn't complain about people that are actually getting paid for their writing. Truth is, my skills have degenerated through the past few years of hapless RL survival needs to literal crap. So I smothered my creativity and my soul is down to the size for a grain of sand all for a stable paycheck to pay bills and eat. It doesn’t mean I’ll stop complaining. Hahaha. Yes, I’m kind of losing it.

Part of it is family. Another part is economy. Mostly it’s just growing up. Somehow, there are always so many things going on and so many things to do…all at once. O_o

Which brings me to another point…Multiple plots in one book – done poorly (yes, there are good ones out there, but this is my rant, remember? I want to complain about stuff). Lately, the stuff I read has so many people involved I don’t even know which character is which. Or so so many events are all happening at once, I can barely make out the plot. It’s as if the characters are all multitasking. Which brings me to the second half of this rant.
What is the fascination with multitasking?

Are we trained as children to grow up with unrealistic expectations? That we must all be great multitaskers in order to survive. Instead of being able to focus and put yourself into one situation at a time, our brains, bodies, and whatever else are split into parts to do anything and everything all at once…or at least faster.

Let’s just say, it’s not really for me.

Aside from an article I read that says multitaskers are really just people able to switch tasks in their brain quicker than others, I’ve come to realize my brain does not works that way.

Maybe it was an eventual downward spiral, or some other reason as to dying gray matter; I have come to admit, at least to myself, that I am no good at these things. Several projects sure, and yes, in a short amount of time, I can manage all of them together. After a while though (like within an hour, ahahaha), my brain becomes fried. All in all, I’m just burning out faster and faster.

Completely inappropriate, but I remember watching an interview with one of the U.S. Generals about the ongoing wars and the soldiers involved (probably on The Daily Show with Jon Stewart) that like a ball being dropped, each time it bounces without stop, gravity pulls the ball closer to the ground. Without enough recuperation, one will only crash and burn. What does any of this has to do with me personally – or indirectly, this blog?

I used to use Xanga, LiveJournal, MySpace and had my own website – now, I barely touch this blog. In order to write, I would scribble on the corners of whatever flyers or papers at hand, used-up napkins, and even scraps of receipts; dream journals, diaries, and crazy notebooks. Just to be able to express something, anything, was a joy no matter how tiring. Nowadays, I sit in front of a computer screen staring at the blinking vertical line on snow white background waiting for nothing.

Let me put it this way. Back in the day when I first tried to write, even my finest writings were C papers. After lots of effort and hard work, my first drafts can be A papers. Now…*sigh*

Somehow, the older I get, the fast time passes by and the longer I put off writing (mostly due to exhaustion and lack of time), the worse it gets. Everyone keeps telling me I should do things while I’m still young, but am I really that young anymore? I want to do things, so many things, but I seem to be really bad at doing several different things at the same time. And it has gotten to the point where I don’t even know what I want to do anymore.

Apparently, if I’m working myself to death to earn a simple living, I really haven’t had the energy to do much else. My reading has gone down to upsetting lows, tv has become sound drones to pass time, games are there just to keep me occupied and writing has been a complete struggle. I can’t even write a cognitive book review, much less a story of my own.

Aside from ______ book coming out ______, what else is there to look forward to? Well, maybe next season so I can buy more seeds and plant them in the garden. As the wild rabbits had eaten everything, there are no new veggies or fruits. I’ve been contemplating buying a strawberry, raspberry and blueberry plant, but I can’t seem to find a good distributer that I can be sure of are not genetically altered, treated, and otherwise. The sites I found that have them are in other States or won’t ship to CA.

See? So many annoyances and things to consider. I know, I know. I really need to stop complaining and start doing something about it all. Let me shove some food in my mouth to stop these nonsense coming outta me. Then again, I'm typing...hehehehe.

So, lately, I've noticed that I am a stress eater - food is my comfort and boy am I eating these days.
at 10:58 PM