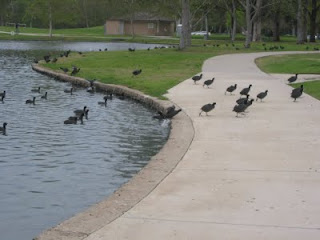 My apologies for the lack of posts last week. Aside from the reading slump, I've been trying to make some small changes again. Like that fun picture I took, it’s about time I got out of the water to look for other options in life. Grass greener on other side and those clichés. The first small step was to look for new career options especially after a very, shall we say, "supportive" talk by the bosses. Suggestions that I may not be suited for the job I currently hold reaffirmed the nagging feeling that as much as I've enjoyed what I do, I should look for something else.

It was hysterically funny since everyone that worked with me were very aware how dedicated I am to my job, not to say how much I actually enjoyed it. Smart. In times of tough economy, switch out a young dedicated employee. Eh… at least it gave me the extra push to realize this place ain’t all that.

Alas, my background experiences were so puny it will be hard to make any dramatic changes. Still...I can only hope for the best. No point to roll over and kick it just yet.

And for that, I shall bombard you all with posts this week. :D 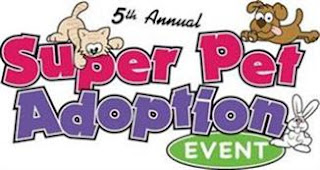 Another fun thing I wanted to share about…I went to an incredibly fun event yesterday. The guy took me to the Super Adoption Day at the Irvine Animal Care Center. I’ve been rather listless since I lost my two babies and my other animal friends, but as much as people have suggested I get another dog right away, I know I’m not ready. Still, the guy very kindly took me to see some animals as a way to replenish that empty whole after I lost my babies, even if it’s temporary.

After going, I can honestly say with great certainty – I will be adopting again. Even if puppies, I will adopt. They had so many adorable animals. Dogs, cats, chicken, 3 pigs and even 1 goat! I was in love. It was amazing. All ages and breeds. Why people would spend thousands of dollars to buy animals where over half were from puppy mills, I do not know. Not looking down on breeders, but the few good ones are often hidden by the masses of the bad. So instead, I spent a day indulging in the cuteness of all that is animals. I felt I was in heaven…so many animals…so happy. I never wanted to leave. So…as with the job switch, I think it has become apparent for some time, maybe I should be working with animals. Now I just need to figure out how to start.