Ok, the long awaited post. Bugs. These little buggers really pissed me off.
There were so many I stopped trying to take pictures.

These little suckers aren't even native. They're the white cabbage moth larvas I was talking about that have been decimating my plants. 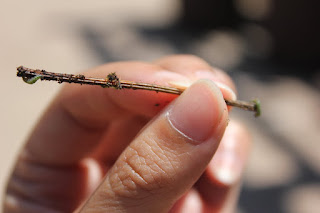 There are three tiny ones on that stick. First day I finally was able to see and start removing. The coloring is SO similar my eyes were getting strained just to find any of them. 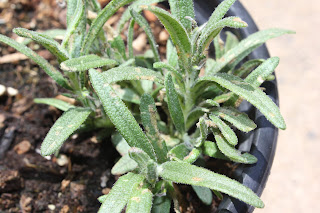 This was my rosemary. At first, I didn't know what was going on and I kept trying to figure it out, until one day when I was flipping the leaves, I knocked one off!!!! 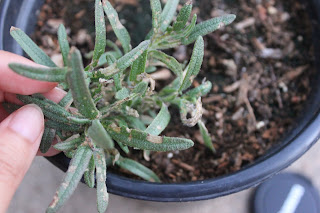 Then I realized there were TONS of larvas on there. TONS. The first time I finally figured it out and started picking the bugs off the plant (the first picture to show how tiny there were), I stopped seriously counting after 13 bugs. I continued for that day. At one point, I didn't even bother picking them off and just shook the pot. The bugs started dropping left and right.

After searching for bugs (disposing, removing, accidentally offing) for days afterward and always finding some each day, I had to sadly say goodbye to my rosemary. It was too late and too much damage had already been done. 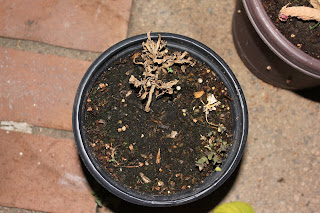 My poor little rosemary that I grew from seed couldn't survive the onslaught of the little pests. I was very sad and I need to figure out what to do. There are way too many of these little suckers and they sometimes come out at night. My family all got a few good laughs at me running around trying to shoo away these flying moths to avoid letting it lay any eggs. Or watching me curled over a plant trying to pluck eggs and larvas out by hand. Very time consuming and exhausting in the heat these days.

Seriously, these horrid things eat everything. Even my comfrey plant which was full of sharp prickly spines. Even my bare hands get cut and stabbed, but these little insects gave no pause. Kept trying to eat them all...

Anyhoo, another set of imported pests are the below. 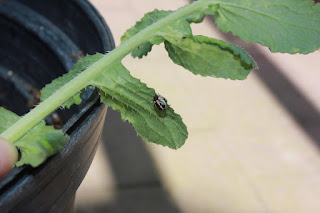 Freaking Japanese stink bug/beetles. They were everywhere on my poor radish! 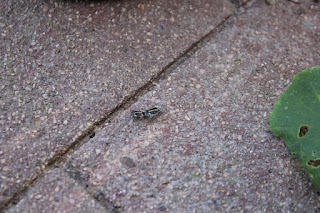 Really makes me miss having chickens. They cleaned out the place and we didn't have any bug, slug, issues for years after! <~ok, minor exaggeration, but it did take a few years before snails came back. 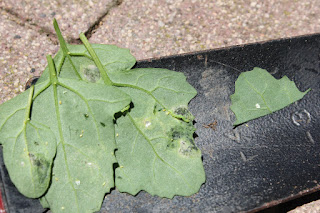 A small example of eggs and issues with leafminers.

Why so many bugs? There are perfectly yummy plants around, but no, they pick mine.

Anyone got some natural ways of repelling these things? I want to avoid harsh pesticides, but I'm getting desperate. There are too many of them and only one of me.
at 5:00 PM