By popular request, pictures of my wedding reception!
Well, not really popular request, but here is it.
First off, we actually got legit way before this event. We went quiet court style and had a family dinner thing. This reception thing is more due to family request and expectations.  There was a lot of yelling, arguing and tears to have this reception...
We're also going to have to have on for the family on the other side of the ocean later this year.
Ah, so much to do. 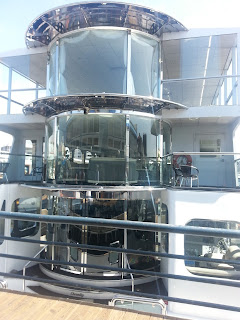 So, surprise! We had the reception on a boat!  It was actually Old Man's idea, not mine. Surprising, right? Everyone thought it was me, but no, it was all him. Lol.
The funniest part was that he couldn't swim and yet, he wanted it on a boat. Hahaha.
My wonderful Sister was the one that found this place and made the initial call. 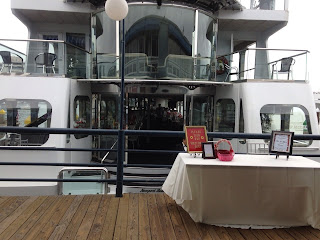 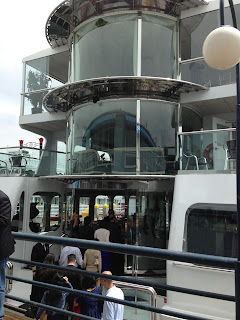 My theme was still Asian even though the venue and food were more Western.  I had two dresses (even though I really wanted only one).  Both were Chinese QiPao based, but with a modern take.  Look at that back! Hehehe. 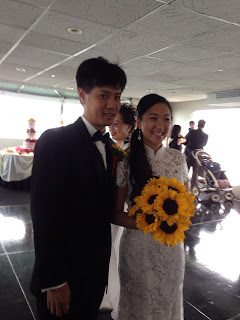 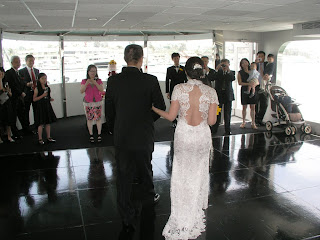 My parents designed that second dress themselves and had it custom made.  They argued a lot about it...even towards the end, but I appreciated their effort.  The dress really was pretty gorgeous.  My input was the skirt/hem itself. I wanted it to flair out.  Let me look for better pictures.  I don't have that many pictures yet. 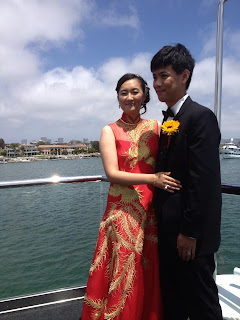 Let me look for some better photos.

Until then, here was the first floor set up with a sweetheart table for the two of us. 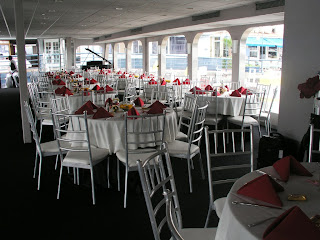 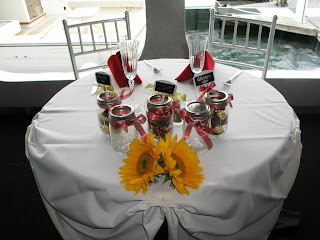 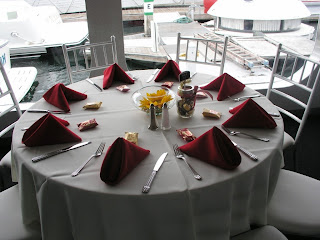 My bouquet was full of sunflowers. Lol. So yes, my flowers for the entire event were all sunflowers.  Sunflowers everywhere!  Ok, not everywhere, but just enough.  The second picture was of the centerpiece.  It was really pretty.  There were colored marbles in the water at the bottom (with mixtures of red). 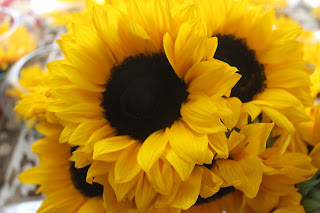 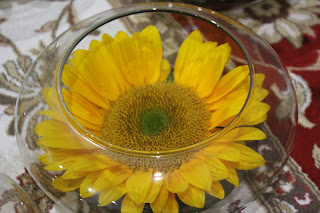 My cake (one of)
Yes, I actually had two cakes.  My original one was a delicious tasting taro cake, with pudding and coffee jello on top.  It's so good, but not exactly cutting and photo material.  After much arguing and struggle with my parents, I gave up and let them pick another tiered cake.  I had to set my foot down at 3 tiers.  They wanted 4-5. O__o Parents. 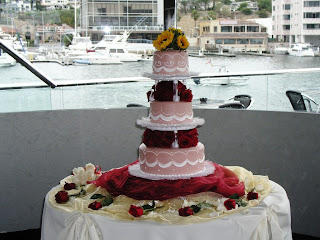 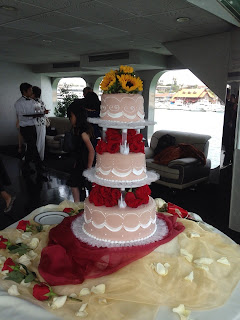 Also, the top sunflower was done by the florists we hired, but the roses?  Those were all my Mom and Sister.  Where they not awesome?

Here's us cutting cake and having a bite. 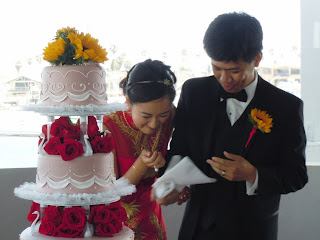