I actually really enjoyed the original Arrested Development series quiet a lot despite it continuing certain trend of the whitest OC, second to the whitest Sunnyvale in CA (sorry Master W)...who am I kidding, it's like all representations these days on TV, but that's an entirely different discussion.

The stories, characters and the writing were still very awesome.  It's a series the built upon itself and the fact it was all comedy was the best.  There were touches of politics and all about family.  Heck, I've had all the DVDs and re-watched to the point of memorization...plus all the commentaries... 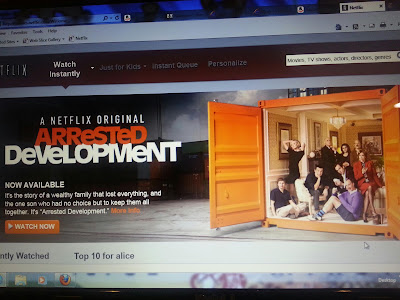 Needless to say, it was with abated breath that I waited for the Netflix season (and soon-to-be-out movie).  Granted, I was worried as high expectations often lets us drop from said height.  The images in our deviously awesome brains often overshadowed the realities.

Maybe it was the change from the tv network to online (sort of like cable, I guess). Or maybe it was because I grew up (don't think so since I still love the tv series), but the Netflix season just wasn't as good.  Stuff that were once so subtle and thus made it all the more funny because too, I'm not sure if this was the right way to put it, but shoved in my face.  It also got a lot more sexualized overall.  Also, as much as I love cameos...there were wayyyyy too many. It's all over the place. Something that used to be like little surprises were made into full-on characters. These characters began taking on more and more of the storyline and instead of making things interesting, it felt awkward.  It's like one of those situations where a friend or acquaintance you knew from some time ago, you lost touch and when you're able to connect, you're so happy to meet up.  Yet when you met up, all they're doing was name-dropping. 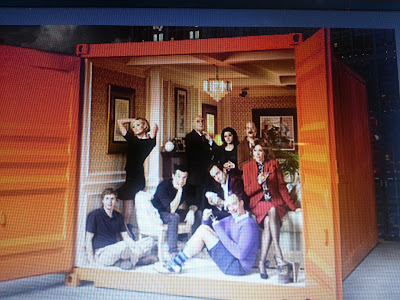 I guess it boiled down to the fact that a lot of characters I likes went from being clueless to vicious.  Then again, 10 years does that to people.  In a way, I appreciate the unique changes and dynamics of the new series.  This series continued to touch upon modern society and family.  Yet, I was rather uncomfortable with a lot of the character changes...if I could call it that.  Part of it was the fact that these very characters that once felt very genuinely oblivious in their own way, now have been made rather unlikable.

Before, they were a family forced together.  By themselves, they stayed in this "arrested development" in terms of their world and minds.  At the same time, by living and working together to face the obstacles, they would grow and become better people through each other.  Or at least, I thought that was the intent.  Maybe because they want to squeeze more stories out of this, but the newest series so far made all the characters much less likable.  They're more cruel, actually.  The very characters I liked became even more callous, losing much of the dizzy likability.  Instead of changing and growing, they all kind of just dwindled into a pitiful bunch.

Instead of feeling happy, I felt like the writers were deliberately making me NOT like these characters.  The respect and care that was originally there all vanished.  I don't know, but it was disappointing. I'm probably going to keep watching anything new that pops up since they mentioned it was just short mini-series.

Maybe next season/mini movie will be better. I don't know...I'm not that excited anymore and maybe that's a good thing too.