Hey hey dear readers, my apologies for a lack of posts the past few months. Real life has not been too pleasant and a few key events had taken up most of my free time. Partially due to be exhaustion, my thinking processes had been fried. I guess the correct term is burnt out.

Still, I had been thinking about my tiny little blogging world and now that I finally forcibly took some time off from work, I figured, write now or I am going to forget all over again. 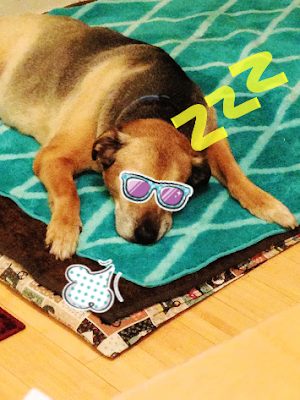 (Rusty napping during the summer)
To catch up:

1) I am currently trying to make a career move after some very foul and sour events had occurred at my current place of work. I accept full responsibility for losing my cool and broke through my professional demeanor twice in my entire career. For that, I really do feel bad. Yet, that does not chance the absolutely pitiful situation at my work. I am not sorry I told them what was wrong, because they are in the wrong. Think something similar to The Office, British version and with bosses with no sincerity and compassion, loyalty or leadership skills. When I say it has been bad, I really mean it. This place has now gone on par with one job that, to this day, I hate and refuse to buy anything from. 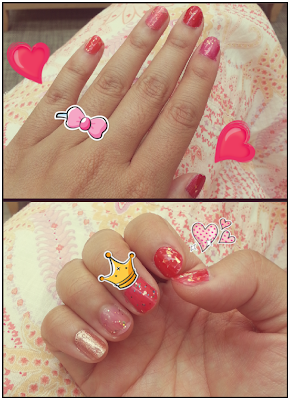 2) So, while I have been interviewing, I came across a every "interesting" situation. A recent place I interviewed at was transparently obvious in that they did not want me and spent most of the time lecturing me about having a real career choice. At least the individual was honest about the job and the fact said person did not like the fact I changed jobs 3x in the last 6 years. In my defense, that first job was low end entry level thus a year there was the best we could I make out of the situation. I needed experience, but gone are the days where people stay at jobs for 10-20 years. Really.

As much as I would like to have a job where I start and retire from, the companies these days do not even attempt to keep their employees. I really don't want to go into a whole social-political-economical debate here. There's no point. We all have our ideas and the chances of people changing their minds is next to nil.

I used to try really hard to see things from other people's perspectives because I was taught that way. We all have good points and if we disagree, it helps to hear the other side. The problem was that this courtesy has never, maybe one person or two, been reciprocated. Not they need to agree with me, but I am tired of always being seen as the problem because I don't agree with them. Life sucks. Deal with it. 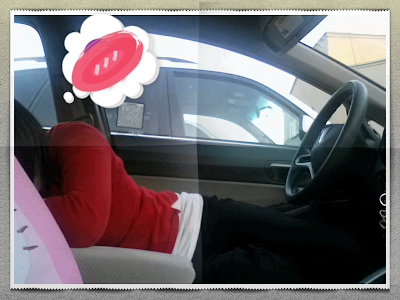 Back to the interview. So, out of all the interviews, why this one stuck out in my mind was this. I received the most bizarre comment that the interviewer was not being worried I would take their job. I mean, what?! Why would I take your job? We don't even do the same things. Plus, that right away should be a sign I wasn't going to get hired. Luckily, I didn't really want that job after hearing how it's high workload, no room for rising up, and nothing new for me to work on. Just repetition.

Either way, I am thankful for the experience interviewing again and for the partial honesty. I just wished it had been any other day than that day. Since it took three hours out of my time.

I had a bunch of other stuff to do...

Which was the day before the Book Smuggler publishing submissions!!!! GAHHH! 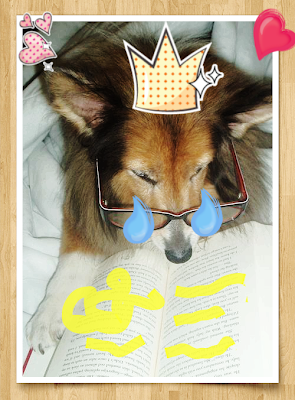 3) Yes, you heard right. I submitted my short story to The Book Smugglers. Honestly, I am being absolutely honest and not fishing for any compliments at all, but I know I won't get published by them for this story. I don't need anyone saying "oh, you'll never know" or "wait until you hear back." No, thank you dear. I already know it will not be accepted. I know because I had not written a full length story in at least 5 years. I barely wrote at all. My skills, even as I was editing, revealed itself have completely deteriorated and morphed into this juvenile and weak scrawl. I almost quit. I think I even stopped writing for a few weeks/days and didn't even want to look at it anymore.

BUT. I didn't. I still went back to it and I wrote. Instead, I gave myself a new goal: to finish my short story, then submit it to The Book Smugglers. And I succeeded both. :) To me, that's all that mattered. I succeeded!

So I made another decision/goal. Once I get the confirmation that the story has not been accepted, I possibly post it here. If not the whole thing (it is 24+ pages), I want to at least over of the process of writing this and the summaries and stories. :)

In the meantime, I have at least been able to catch up on a little more reading. I just would need some more time to write it out. Hopefully, I can get to writing the new reviews for the movies and books soon. The TV series will have to take longer. Much longer. TV show reviews are surprisingly hard to me to write. -_-